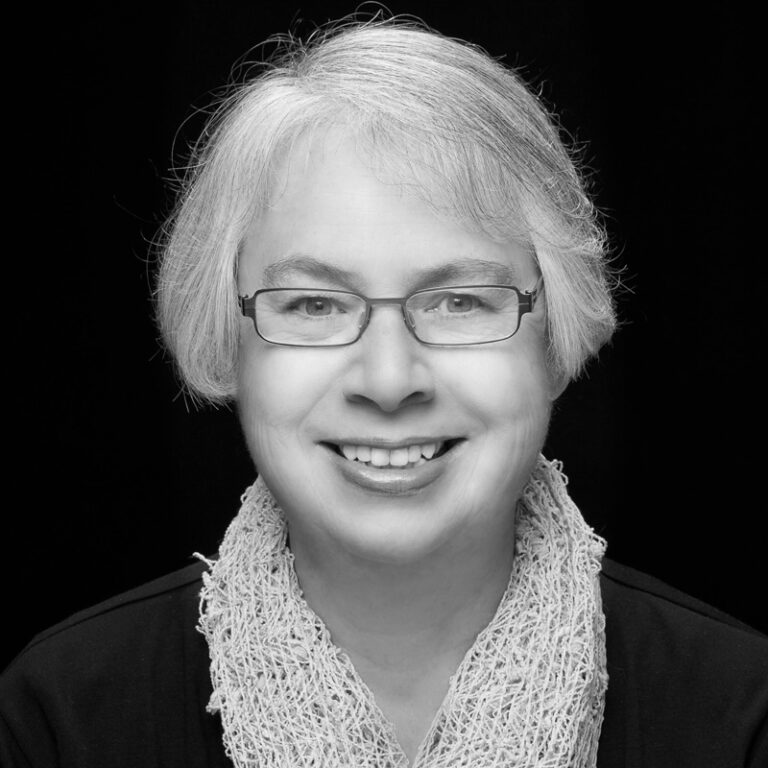 Meredith Davis is Professor Emerita of Graphic Design at NC State University, where she taught for 26 years and served as Department Head of Graphic Design, Director of Graduate Programs in Graphic Design, and Director of the interdisciplinary PhD in Design program. Meredith holds an MFA in design from Cranbrook Academy of Art and BS and MEd degrees in education from Penn State University. She began her career as a K-12 teacher in Pittsburgh; served as Curator of Education at the Hunter Museum of Art; and taught for 13 years at Virginia Commonwealth University. Meredith continues to supervise doctoral research and trains K-12 teachers in the use of design in meeting curricular goals.

Meredith is a fellow and 2005 national medalist of the American Institute of Graphic Arts (AIGA). She has received numerous teaching awards, including the Alexander Quarles Holladay Medal for Excellence (the university’s highest faculty award), Alumni Distinguished Graduate Professor, and the College of Design nomination for the UNC Board of Governor’s Award. She is listed in Who’s Who Among American Teachers and Who’s Who in American Art. Meredith was principal in the graphic design firm Communication Design, Inc. from 1979-1989. She is the recipient of more than 50 national and international design awards and her work has appeared in Graphis, ID Magazine, Print, Graphic Design USA, ACD 100, Creativity, Typography, and other professional publications. She is featured as a “trailblazer” in Women in Design.

Meredith is a former president of the American Center for Design and the founding president of the Graphic Design Education Association. She served on the national board of directors of the AIGA and as a frequent member of its various committees. Meredith served as the AIGA representative to the National Association of Schools of Art and Design (NASAD) and was a member of its Accreditation Commission. In these positions, Meredith led the authoring of six briefing papers on graphic design education and co-authored new standards for the accreditation of design programs. She served on the NASAD task force on the Future of Design Education and on the AIGA Designer 2015 advisory group. Meredith has conducted more than 80 academic pro- gram reviews in the US and 10 countries and 60 external reviews of faculty for promotion and tenure. She has delivered nearly 200 lectures nationally and internationally.

Meredith’s research explores the use of design in achieving the goals of educational reform in K-12 schools and the relationship between design and learning. She has served as a member of the development team for the National Assessment of Educational Progress in the Arts and the National Assessment of Educational Progress in Technology and Engineering Design Literacy for the National Assessment Governing Board and Educational Testing Service (ETS). She participated in the Goals 2000 Arts Education Partnership for the US Department of Education, taught for the Performance Assessment Collaboratives with Education (a Rockefeller-funded research unit of the Harvard Graduate School of Education), and served as a consultant to the Departments of Education in Wisconsin and Michigan as well as school districts in California and North Carolina. Meredith chaired the Worldesign Foundation Education Summit and currently serves on the educational advisory committee for the Cooper Hewitt National Design Museum/Smithsonian, where she also lectures in the museum’s teacher-training programs. She is author of the NC State University Quality Enhancement Plan for the Southern Association of Colleges and Schools, a five-year study of teaching Critical and Creative Thinking across the university.

In 1974, Meredith authored Problem Solving in the Man-made Environment, a design-based curriculum for Michigan Public Schools funded by the Michigan Council for the Arts. Twenty-five years later, she wrote Design as a Catalyst for Learning, a two-year research study of design in K-12 schools for the National Endowment for the Arts (NEA). The book received the 1999 CHOICE Award from the Association of College and Research Libraries. Meredith has served as a grant reviewer for the NEA as well as the Smithsonian Office of Education and Museum Studies; Institute for Museum Services; US Department of Education; National Science Foundation; and Canadian Foundation for Innovation. Her work has been funded by the Kenan Institute for Engineering, Technology, and Science; Kenan Institute for Private Enterprise; Kenan Institute for the Arts; National Endowment for the Arts; Worldesign Foundation; and several state arts and humanities commissions.

Meredith is author of Graphic Design Theory and editor of Typography for Thames and Hudson, LTD; Visual Communication Design for Bloomsbury Publishing; andTeaching Design for Allworth Press. Meredith is a member of the editorial board of Design Issues and She Ji, a new journal on design, economics, and innovation located at Tongji University. Meredith reviews manuscripts for MIT Press, Wiley, and Bloomsbury and for peer-reviewed journals, including Visible Language; International Journal of Design; Design and Culture; Iridescent (International Council of Graphic Design Associations); Design Studies Journal. She has authored more than 100 articles and book chapters on design, design education, and design research.2011 December Commencement Address