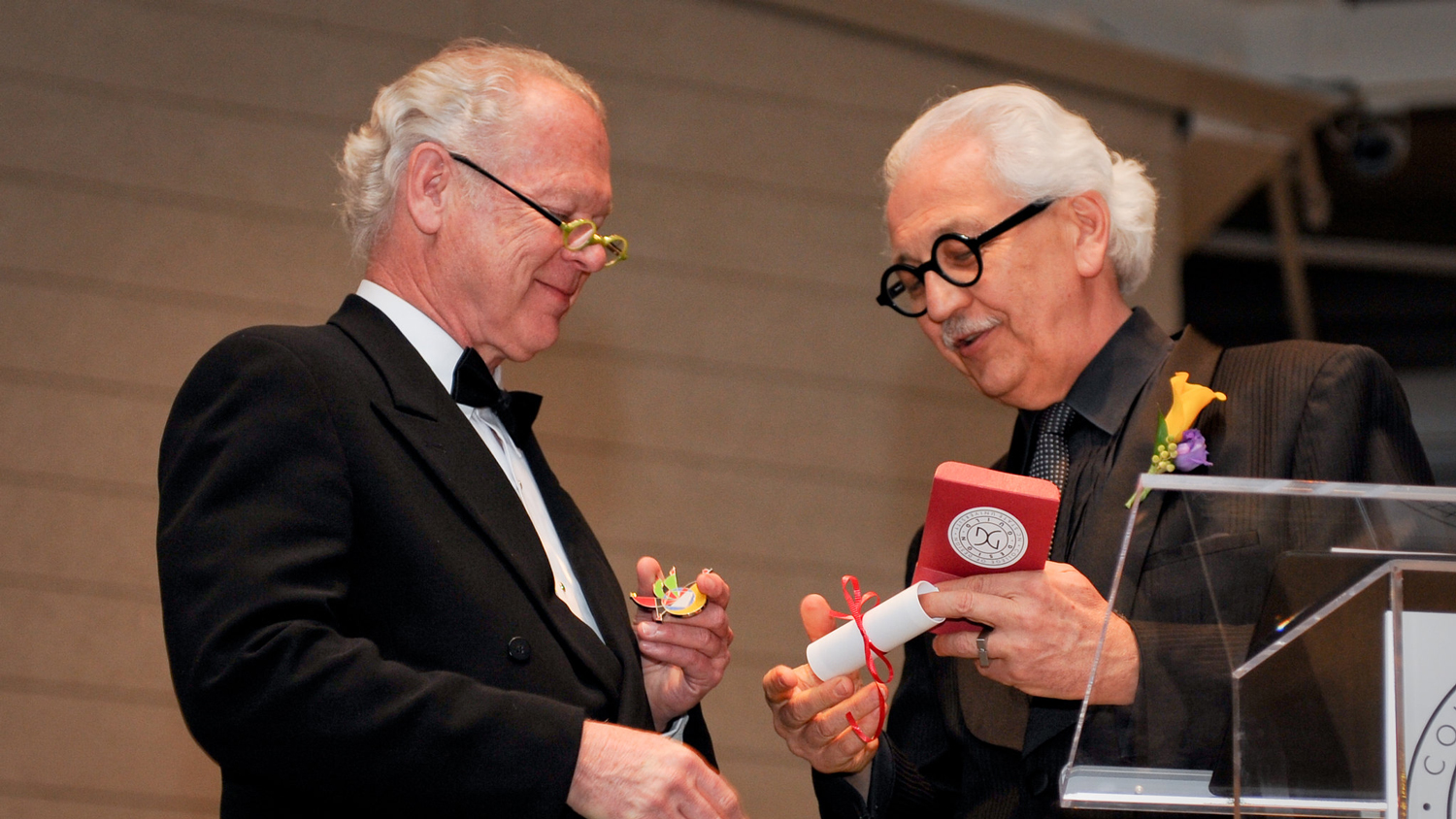 Learn the ways in which the College of Design recognizes contributions to our community and the profession.

The Designlife Award recognizes the significant contribution that an individual or group has made in design in the Southeast. The award brings awareness to the importance of design in the community – and the practice of good design as a sign of good citizenship.

Congratulations to Bill Bell, who has been selected as the 2020 Designlife Award recipient!

Eight-time Durham Mayor William V. “Bill” Bell will be honored for his design legacy at the 23rd annual Designlife Gala for leading the transformation of the city of Durham from a fading tobacco town into a thriving cultural community. Read more

The Distinguished Alumni Award recognizes the significant achievements of a talented and committed group of individuals. Recipients of this award are design professionals representing the disciplines of the college. They are individuals who have made significant contributions to new insights, fostering original ideas and searching for added knowledge.

In the spring of 2000, a medallion was developed by late Dean Emeritus Marvin Malecha to represent the Distinguished Alumni recipient. This medallion is inspired by the early influence of the Bauhaus on design education at NC State University. It is reflective by the continuing emphasis within the college on the capability to craft by hand as parts of the necklace were fabricated in the College of Design materials lab. The medallion represents the application of principles and ideas into products, similarly to what the College of Design has held as an important virtue.

The Dean of the College of Design awards the Wings on Wings recognition to those individuals who have demonstrated a willingness to make significant contributions to the College of Design Community at NC State University. The Wings on Wings award, designed by late Dean Emeritus Marvin Malecha, is inspired by the painting, Religious Composition:  Archangel Michael astride Pegasus by Russian artist Natalia Gontcharova. It is representative of the opportunities of life and a reminder that it is the individual’s responsibility to put his or her design talents to the best purposes of society. The award was first given out to 50 people at the college’s 50th anniversary in 1998 and has been given when merited since then.