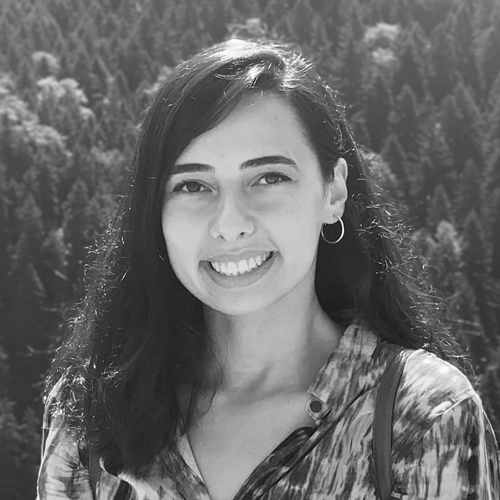 Hamide is a Ph.D. in Design student at NC State University since 2022.

After completing her Bachelor’s Degree in Architecture at Yildiz Technical University, she pursued her education in Architectural Design Master’s program at the same university. While studying, she organized several workshops, which refer to the Bauhaus textile studio, and a watercolor workshop that focused on the “Illusion” of urban image.

Her Master’s thesis aims to determine which characteristics contribute to timelessness in today’s public designs. The study asserts that the concept of timelessness has transformed and gained new meanings as a result of today’s conditions. The prominent role of timeless spaces in public design is to position the user on a border between dualities such as individuality and sociality, virtuality or reality. Mobility, versatility, flexibility, and ubiquity, which has arisen in order to meet the need of the modern world are the outstanding sub-concepts of these spaces.

Currently, she focuses on the impacts of the digital stream on space, the responses of architecture and users to digitalization, and the dynamics underlying this influence. Her research looks at digitalization, virtual space, criticism of digital cities, and perception of virtuality through a phenomenological approach.