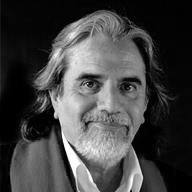 Professor Hernan Marchant came to the College of Design in 2008, holding the position of Associate Dean of Undergraduate and Interdisciplinary Studies for seven years. Since 2013 he holds a tenure position as Professor of Media, Arts, Design and Technology. Between 2009 and 2014 he was also the Director of First Year Experience and instructor of Interdisciplinary Studio.

In addition to his academic experience, Professor Marchant is a registered architect in Chile, founder member of DOCOMOMO Chile, having a broad professional experience as practitioner architect, highlighting 14 years in Paris, France from 1973 to 1987.

In Paris he worked with Marcel Breuer, architect from the Bauhaus. He was Principal in charge at OTH (Omnium Technique Holding), an international office responsible for large equipment buildings in France, Spain, Iraq, Iran, Persian Gulf, Libya, Angola and Bahrain.

He worked as Principal in Martin Lavigne architect office in France, in charge of designing HLM (Habitation à Loyer modéré) apartments buildings with 489 units.
He also was associated with Gerard Pierre in the construction of a School in Carrieres sous Poissy (France) for 400 students.

In Chile, during 18 years Hernan was a partner at Arriagada & Marchant architects, designing and building more than 1 million square feet of housing multistory buildings. Professor Marchant has been awarded 4 first prizes in architectural competitions:  three in Chile and one in France.

His research experience includes 12 years investigating the relationship between Le Corbusier and Latin American Modern architecture, under the direction of Professor Gerard Monnier in the Doctoral program at La Sorbonne in Paris.

His areas of research and expertise include design education and history and theory of design. In design education, professor Marchant has been investigating, teaching and publishing about the design process and creativity. In history and theory of design, professor Marchant is focused on the early Modern Movement of Architecture, the Avant-garde movement in art, and he is internationally recognized as an expert on the architect Le Corbusier, and his relationship with Latin America. He translated Le Corbusier’s book The Right Angle Poem in its first Spanish version.

Professor Marchant’s publications on Le Corbusier include several articles in “Le Corbusier Plans”, the complete work of Le Corbusier, published in French, English and Japanese in 2006 in16 DVDs by the Japanese editor Echelle-1 in partnership with the Le Corbusier Foundation. He also collaborated with renowned specialists in Le Corbusier, in the book published in Japan: “Urbanism in South America” Le Corbusier-Plans: Impressions Vol. 8 City: the sun, space, green.

Professor Marchant is fluent in Spanish, French, and English.