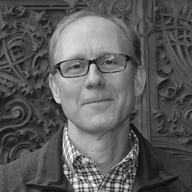 * See Gavin discuss his work in the Landscape Architecture + Environmental Planning department in this video!*

Smith teaches courses focused on natural hazards, disasters and climate change adaptation as part of a new certificate program located in the College of Design.  In addition, he will help to coordinate a university cluster focused on coastal resilience to include identifying interdisciplinary partnerships to undertake research, teaching and engagement initiatives.  Prior to joining the faculty in the College of Design, Smith was a Research Professor in the Department of City and Regional Planning and Director of the Coastal Resilience Center of Excellence, a consortium of more than 25 universities located at the University of North Carolina at Chapel Hill.  During his ten years at Chapel Hill, Smith also created and led a 10-credit hour Graduate Certificate in Natural Hazards Resilience and taught at the University of Hawaii at Manoa, Venice International University and served as a guest lecturer at numerous universities in the United States and abroad, including Australia, New Zealand, South Korea, Indonesia, and Hong Kong.