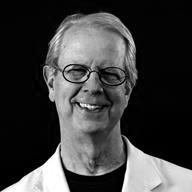 Frank Harmon was born in Georgia and educated at the Architectural Association in London. From 1970 to 1973 he was an associate of Richard Meier Architect in New York City, together with Henry Smith-Miller and Tod Williams. He has taught at the Architectural Association, Auburn University and NC State University, where he currently holds a practical appointment in the College of Design.

In 1981 Harmon founded his own firm, Frank Harmon Architect in Raleigh, N. C. The work of his firm has been published in Architectural Record, Architectural Design and numerous other periodicals and books. Time magazine selected his Utility Storage Building for the Rake and Hoe Garden Center as one of the Ten Best Designs of 1988. Since 1992 Harmon’s six-person firm has won more AIA Design Awards than any firm in North Carolina. In 1995 he was awarded the Kamphoefner Prize for innovative modern design over a 10-year period. Harmon writes a column on architecture, landscape and design for the Independent newspaper.

He teaches “Experiencing Architecture” to four hundred undergraduates each year, introducing the principles of architecture to the engineers, business people and teachers who will be the future clients of architecture.