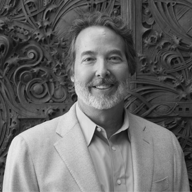 Since high school, Don has been fascinated by design thinking and the design process, particularly as it affects preserving the history of and building of communities. Following graduation, Don expanded his expertise while working for several firms in the area before launching his own firm. He and his business partner have built a successful mission driven business model that involves community centered projects, both secular and sacred and a large number of these projects fold in a restoration component. As a tribute to his achievements, Don recently was awarded the Robert E. Stipe Award for life time achievements in historic preservation.

He continues to dedicate time to support causes of which he remains passionate. He is currently serving on the Leaders Council at the College of Design, treasurer on the Preservation North Carolina Board, chairman of the Chapel Hill Downtown Partnership and is a board member of the Covington Foundation.

In his spare time, Don enjoys traveling and sharing good food and wine with his wife and friends, walking with his rescue dogs and boating at the family lake house.

Mr. Tise was born and raised in piedmont North Carolina. He currently resides in Chapel Hill.