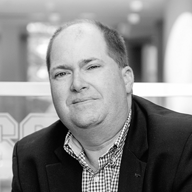 Prior to coming to NC State this July, Daniel Monek served sixteen years as the Director of Choral & Vocal Activities and the Chairman of The Edward E. MacTaggart Department of Music, including three years as the Division Coordinator for Arts & Humanities, at Marietta College in Ohio. In addition to directing a variety of choral ensembles, he has taught courses in vocal and choral pedagogy. He also served as the Director of Music at Trinity Episcopal Church in Parkersburg, WV.  He received his Ph.D. in Music from Edinburgh University (Scotland) and holds degrees in Music Education and Vocal Performance from the University of South Florida. Dr. Monek has taught music in Florida’s public schools and was the founding Artistic and Musical Director of the New Edinburgh Orchestra in Scotland. He has served in numerous leadership positions for the American Choral Directors Association (ACDA) including Secretary/Treasurer of Florida, the editor of the Central Division Newsletter, ReSound, and as Conference Coordinator and College and University Repertoire &amp; Standards Chair for Ohio. He most recently served as the College and University R&amp;S Chairman for the Central Division of ACDA and as President of the Ohio Association of Music Schools. He has served as an evaluator for the National Association of Schools of Music, music&#39;s accrediting body, and has been a faculty member for the Music Teacher Training Seminars sponsored by the Chinese Chorus Association and TianJin University held during the summer in TianJin, China.  As a conductor he combines his work in early music styles with a passionate interest in new music having commissioned and premiered more than 20 choral and orchestral works.