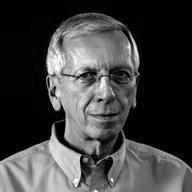 Prior to joining the faculty of NC State University, Professor Clark taught for five years in the School of Architecture at the University of Virginia. At the College of Design, his teaching responsibilities have included architectural design studios, history of contemporary architecture, and analysis of precedents.

During his tenure at the College of Design, he has been named an ACSA Distinguished Professor, received the School of Design Board of Governors Award for Excellence in Teaching, been elected to the NCSU Academy of Outstanding Teachers, and been initiated into Phi Kappa Phi Honor Society.

He has been a guest lecturer, visiting critic, or guest juror at universities in Great Britain, Finland and throughout the United States. In 1981 and 1995, he received (with Michael Pause) grants from the Graham Foundation for Advanced Studies in the Fine Arts which resulted in the publication of the original and second editions of Precedents in Architecture. “Precedents” was originally published by Van Nostrand Reinhold (now John Wiley and Sons) in 1985. The second edition appeared in 1996. Both editions have been translated into Spanish and Japanese and the second edition received the AIA International Book Award in 1997. Professor Clark also co-authored Kinetic Architecture, wrote several articles for professional journals, and served on the editorial board of the Journal of Architectural Education.

Besides teaching and research, Professor Clark has been active in architectural practice. He has been the chairman of the AIA’s National Committee on Design, served on eight National Architectural Accreditation teams, and also served on 22 Design Awards Juries. He is a fellow of the American Institute of Architects and has been listed in Who’s Who in America since 1984. In 2016 he was honored by AIA North Carolina with the Gold Medal and in 2018 by AIA Triangle with the Isosceles Award.

Bachelor of Architecture University of Cincinnati