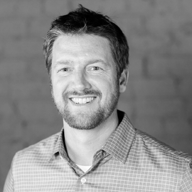 Associate Professor of the Practice in Architecture

Matthew Henning Griffith earned a BS in Mathematics from Davidson College and an M.Arch from the NC State College of Design, where he concentrated in Urban Design and received numerous awards, including the Kamphoefner Fellowship and the AIA School Medal. His thesis project – a community center for Camden, New Jersey – received a 2004 Boston Society of Architects Unbuilt Architecture Award.

Before founding in situ studio in 2010, Matt served as a Visiting Assistant Professor of Architecture at the University of Arkansas and worked in the offices of Marlon Blackwell Architect and Frank Harmon Architect. He currently serves as Associate Professor in Practice at the NC State School of Architecture. Since 2010, Matt and his colleagues at in situ studio have received twenty-four local and state AIA design awards. In 2012, the studio was recognized by Residential Architect magazine as one of 15 Young Firms to Watch, and their work is now widely published online and in print. Matt regularly serves on professional awards juries, lectures throughout the southeast, and is a frequent visiting critic at schools of architecture. He was recently invited to the 2019 AIA National Small Projects Awards Jury.

Matt lives with his wife, Ashley, and their three children just east of downtown Raleigh.