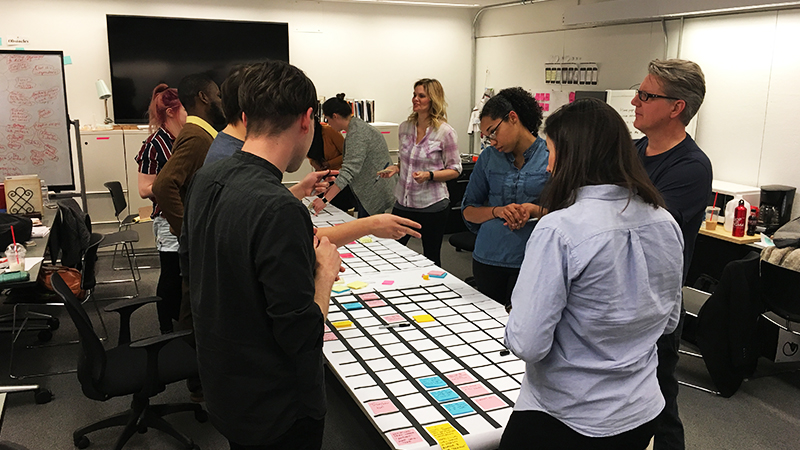 Many graduates also lead smaller studios as senior designers and creative directors or own design businesses such as: NewKind, New Deal Design, Josh Gajownik Design, Shapiro/Walker and Ketchup and Mustard.

Voting in the 21st Century with Mobile Blockchain Technology

Now, more than ever, there is a need to bring voting into the 21st century.
A trio of students in the College of Design are proposing to do just that. Students Camden Conekin, Palmer Fox and Kenneth Wical tackled voting using mobile blockchain technology as part of a project for their Graphic Design 301 studio. 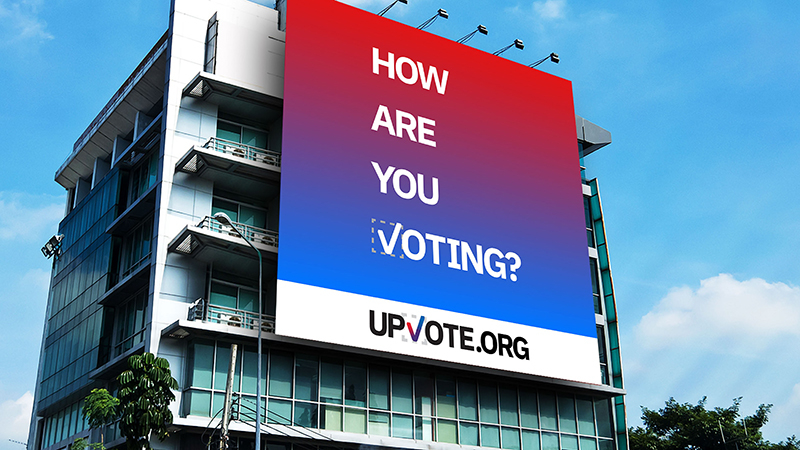 Kyle and Geoff joined forces to form Everything–Type–Company (ETC), a Brooklyn-based design studio. Kyle was formerly the Creative Director at Dwell magazine from 2007 to 2011. Geoff held positions at Winterhouse Studio and Dwell magazine prior to earning a Master’s degree at Yale University.

Emmet is Design Director at the Walker Art Center. He has developed innovative brand identities in all areas of visual communications; and oversees the institution’s publishing program and design studio.

Mia is currently a Product Design Manager at Pinterest. Her prior experience includes leading a design team at Square to develop products from the ground up and leading key initiatives with mobile and tech companies for IDEO, San Francisco. In 2013, she was named by Business Insider as one of the “Design 75: The Best Designers in Technology.”

Islam is Senior Communication Designer at IDEO, Boston, after working as a Motion Graphics designer at Red Hat, Raleigh, upon graduating. As an undergraduate student, he earned a coveted position as an intern at IDEO, San Francisco.

Kristen was promoted to User Experience Designer in her first year at Second Story. She was also the recipient of several national design awards for user experience based on work for her graphic design Capstone project.