Celebrating Black voices from the College of Design. 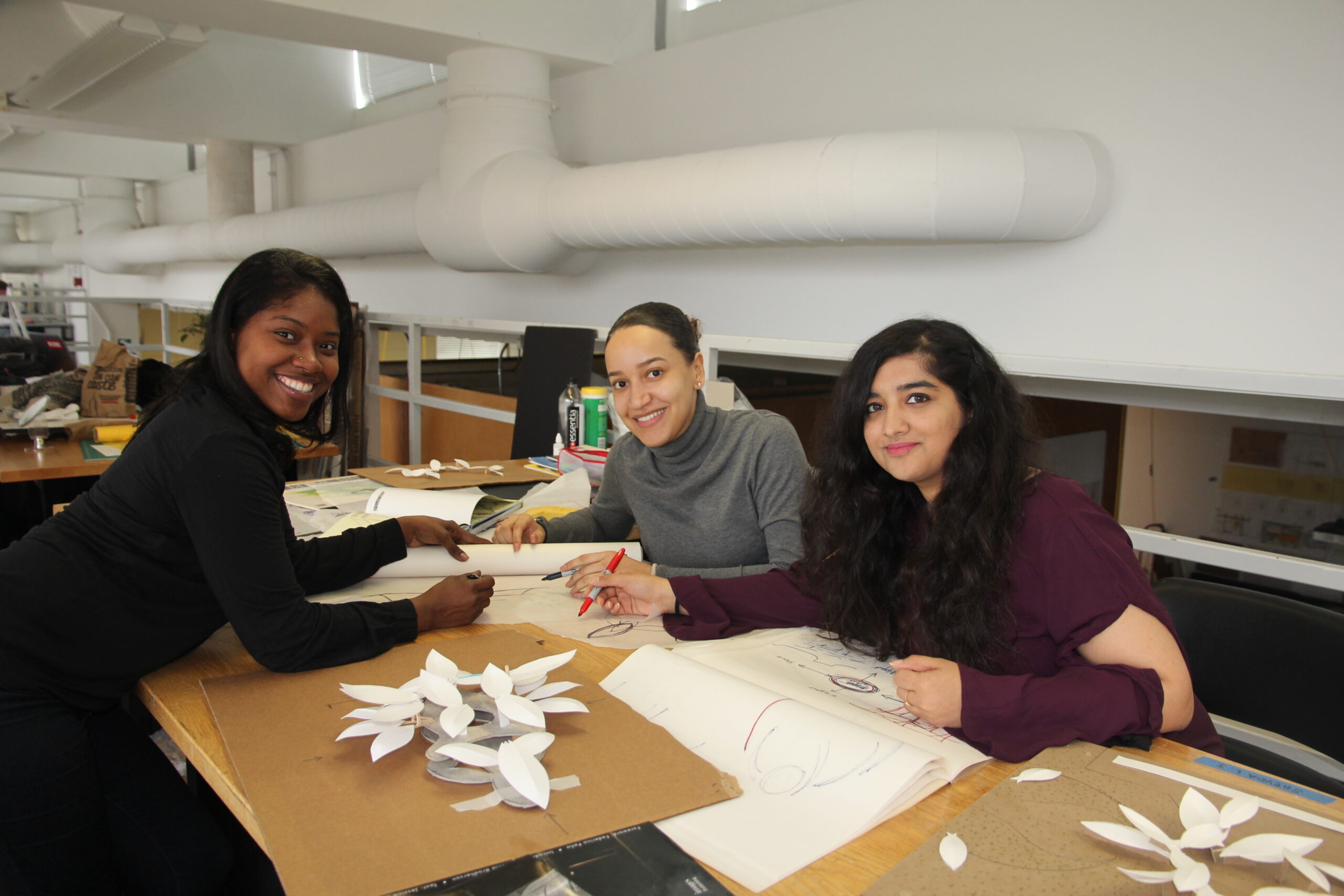 Design education is a gift. Make yours today to support our students. Our Diversity Initiative fund and Marva Motley Genesis fund both support students of color with unexpected needs.

Design Identities celebrates five Black Design alumni who have been influencers in their fields. Students from each department conducted one on one interviews with an alumnus in their field to learn about their successes as designers and to encourage the next generation of students, especially BIPOC students, with an introduction to and an interest in design. 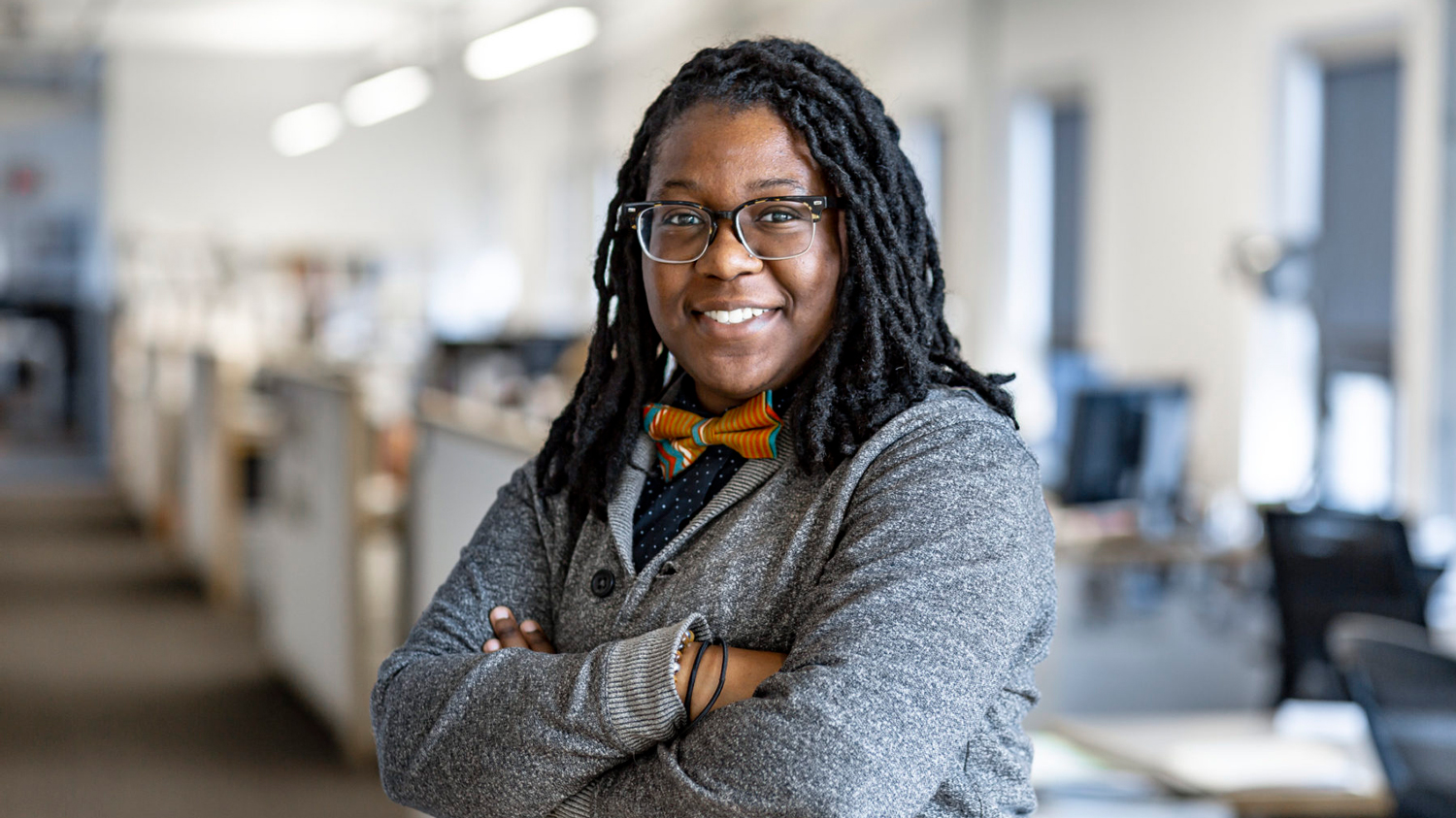 Breeze believes in the essential qualities of diverse narratives and the role of exploring and investigating to create spaces that reflect all experiences. 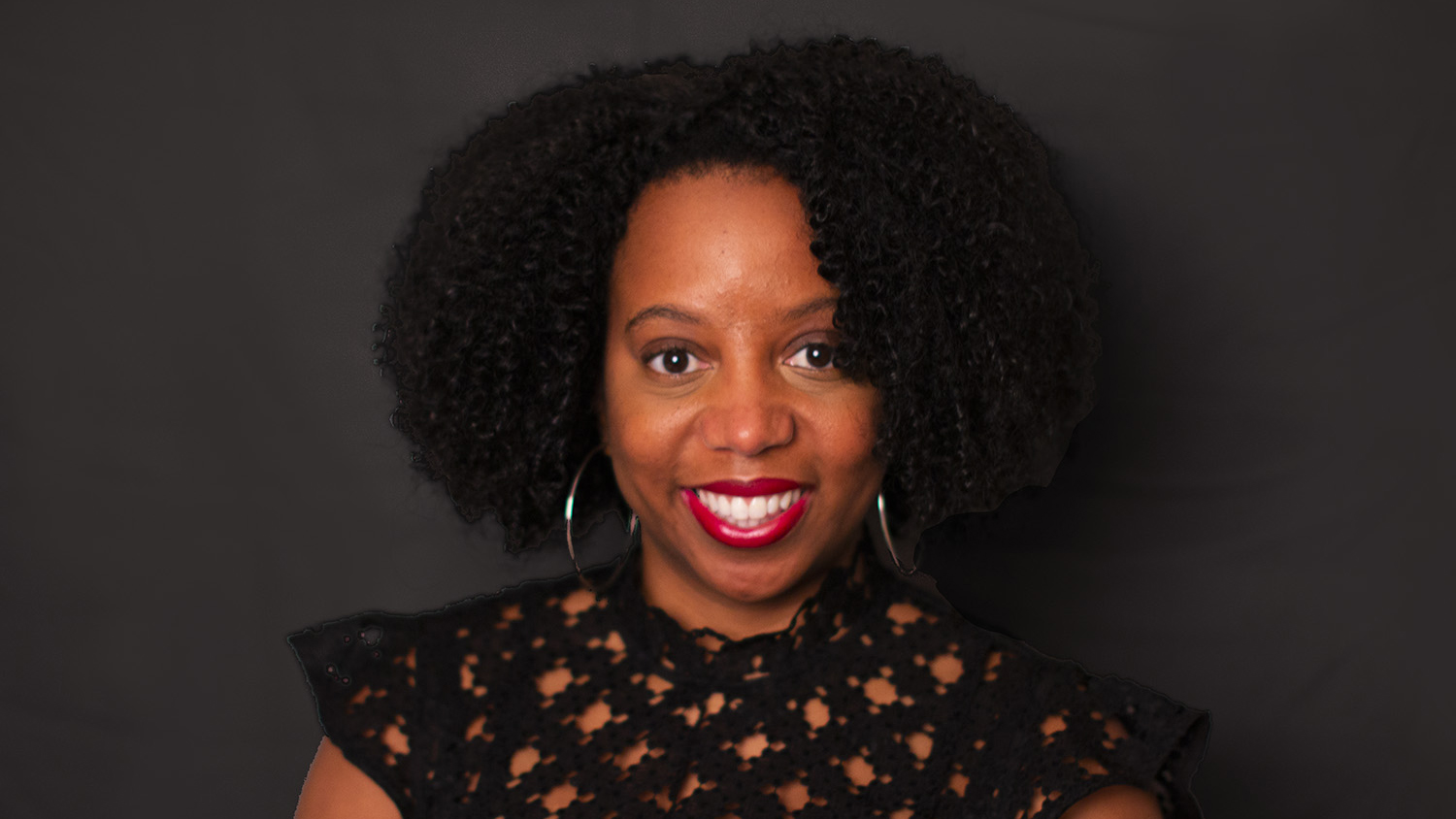 Renee has been teaching typography, exhibition design and graphic design in the Communication Design program at the University of Cincinnati for the past 14 years, and her research focuses on developing digital and physical tools that seek to address our society’s literacy problem. 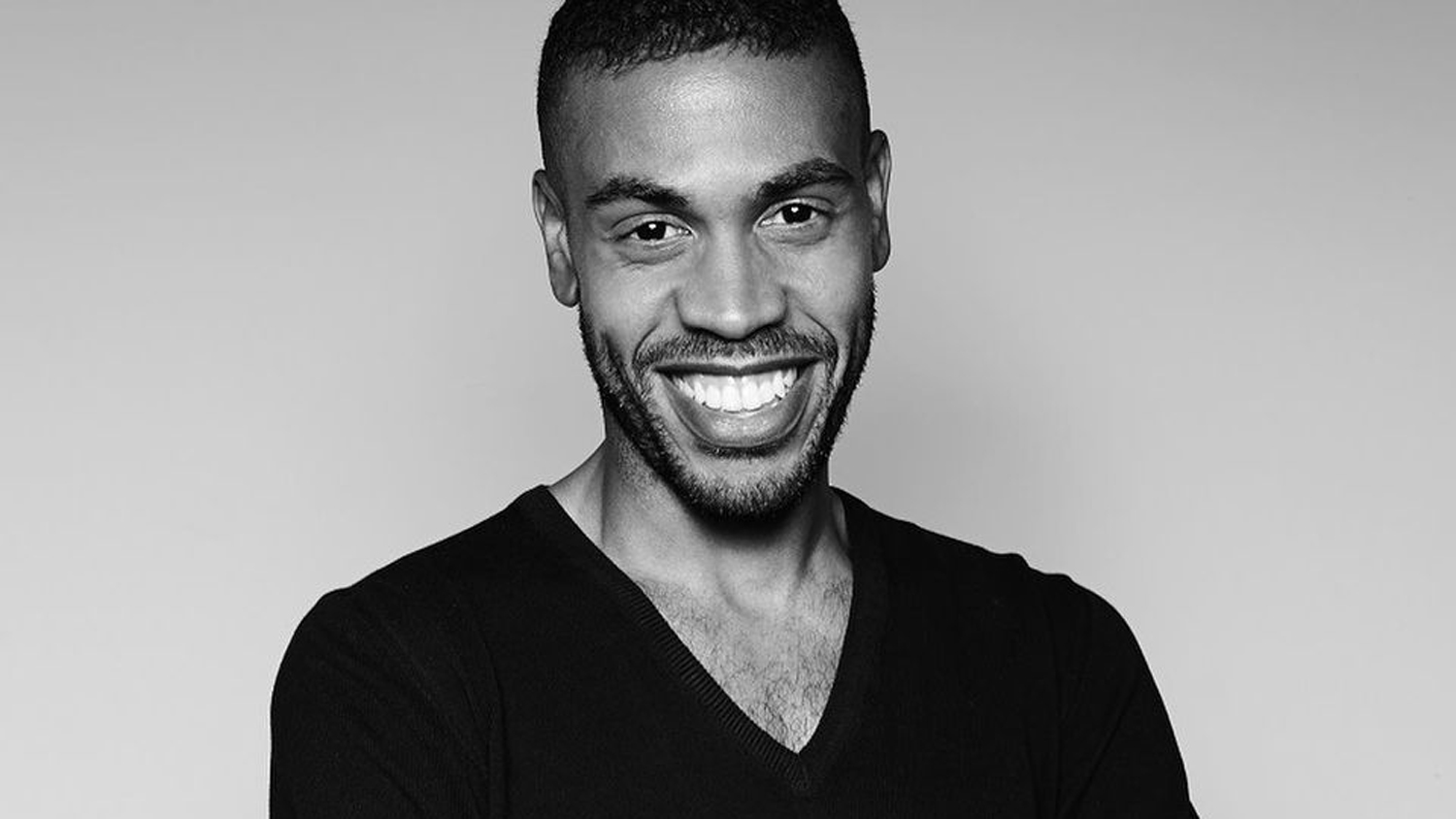 Charles is the founder and creative director of HARBISON. Charles began his professional career as a textile designer before moving on to womenswear at Michael Kors. He continued with stints at Luca Luca and Billy Reid, producing both womenswear and accessories, before launching HARBISON in 2013. 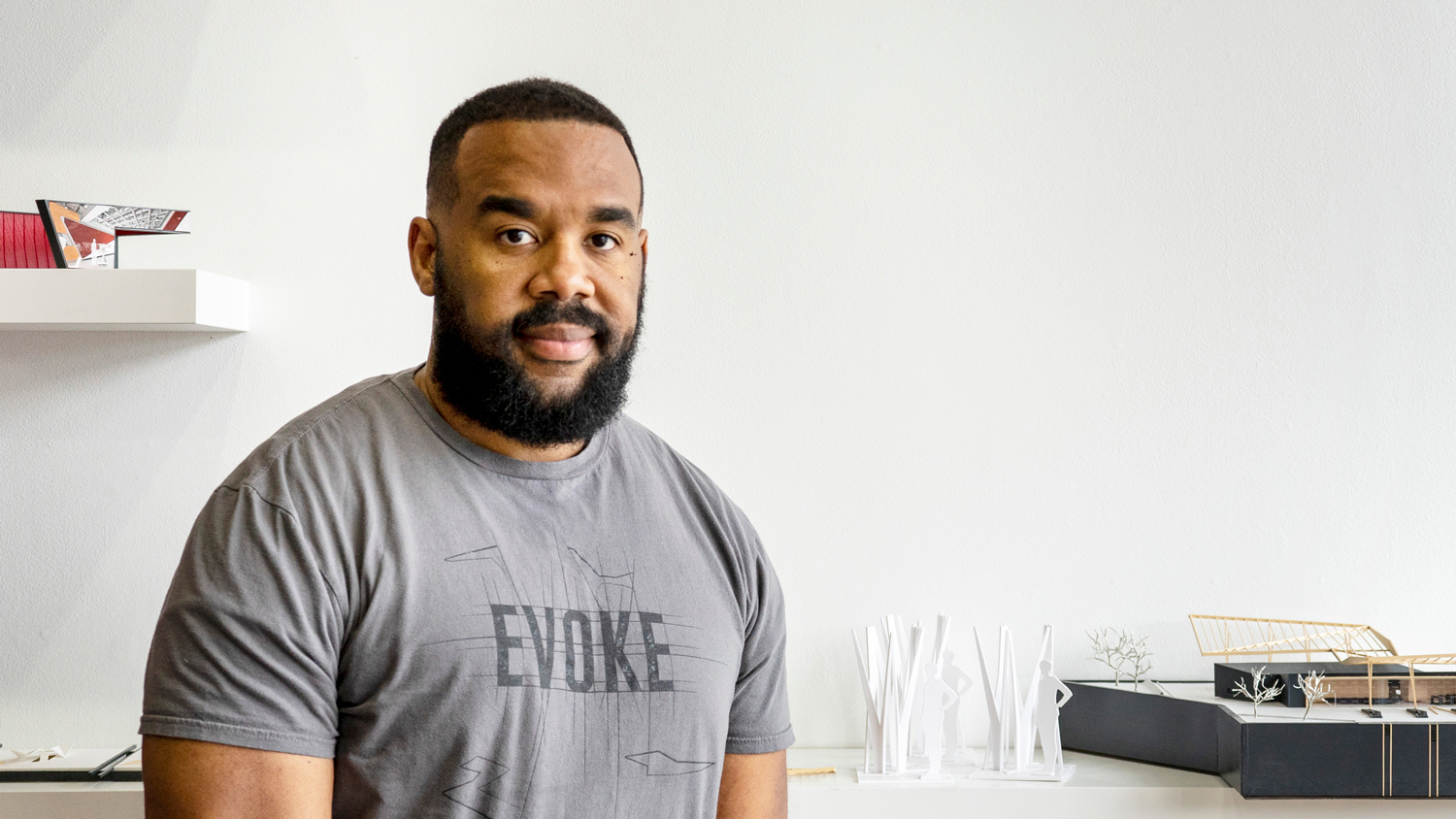 Edwin designs spaces with a belief that remarkable architecture has the faculty to enhance the lives of those who occupy it. As a co-founder and Design Principal at EVOKE, Edwin is a role model for aspiring designers and encourages them through career lectures and design dialogues. 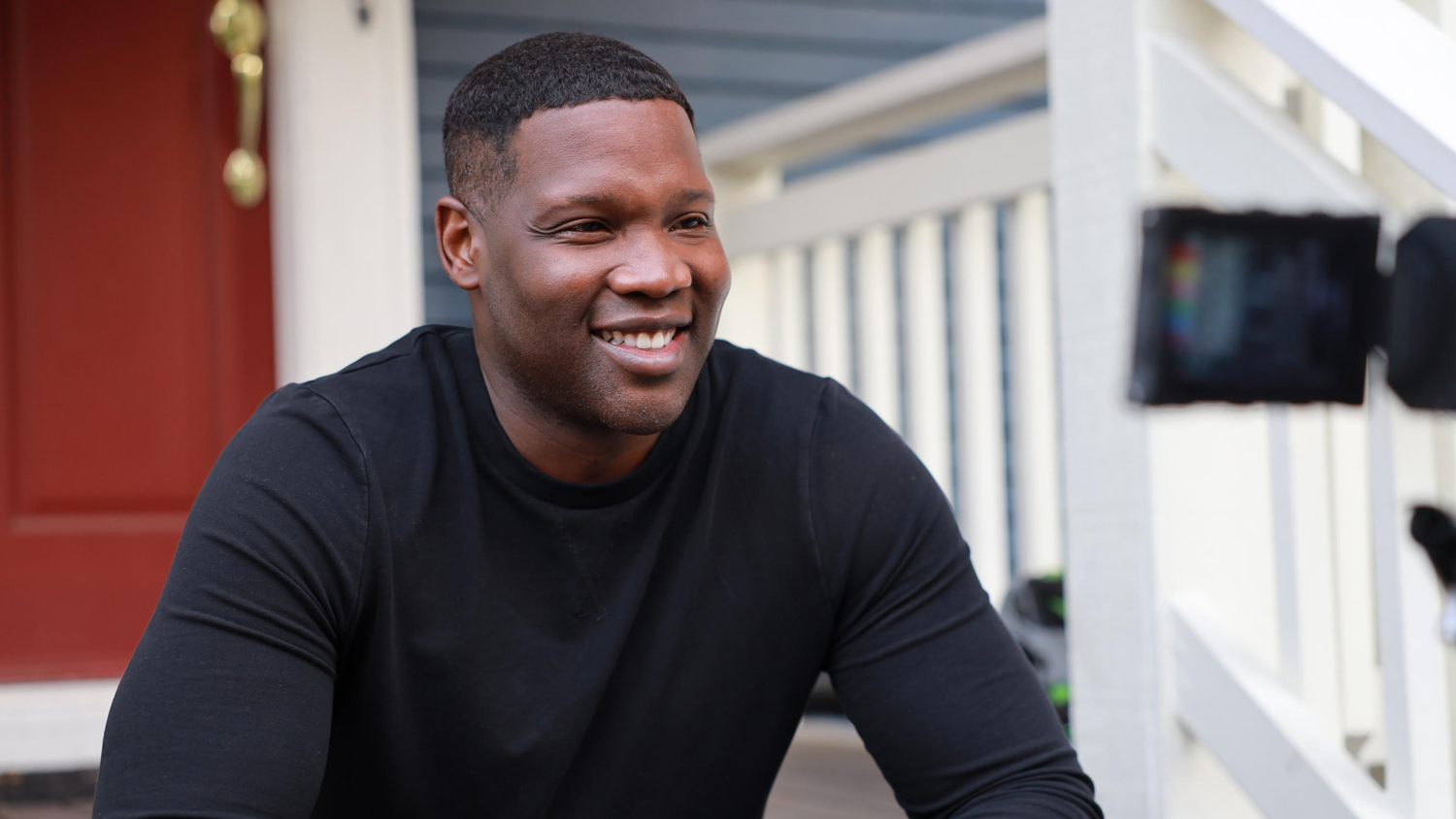 Tim leads the global product design team at Airbnb, centered on design and inclusivity. His focus on fueling human potential is key to building products and cultures that inspire people to do their best work.

Our students from each department tackled interviews with these notable designers — asking them about their careers, how to navigate as a black designer, and what brought them to design. 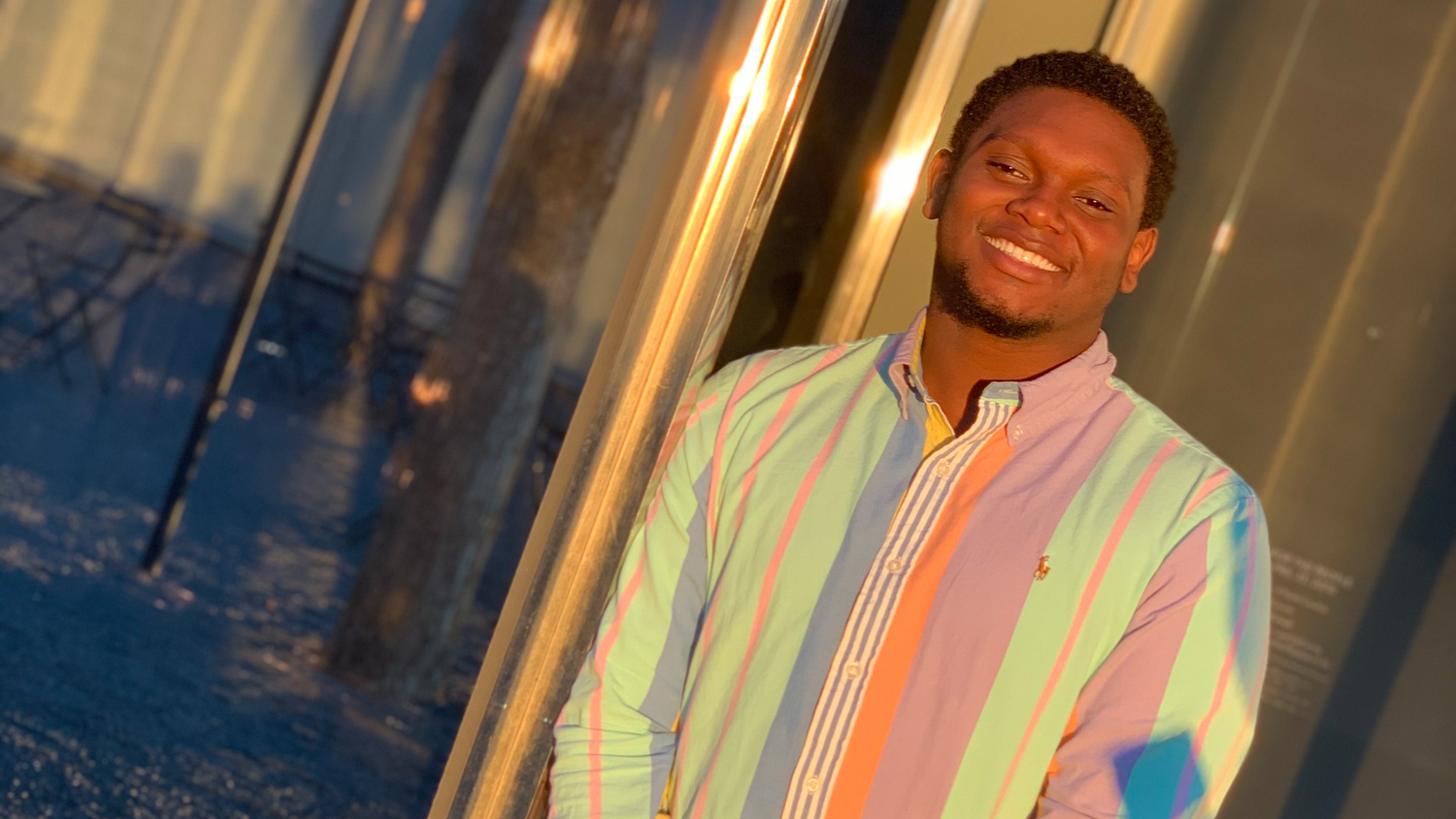 Matthew Blanding is a second year student in industrial design. In his free time, he loves to design furniture, cook, and take road trips with his puppy. He aspires to design for a tooling and hardware company such as Lowe’s, Husqvarna, or Dewalt, and lives by the motto: “It’s okay if life gets hard because the best diamonds are made under the greatest amounts of pressure!” 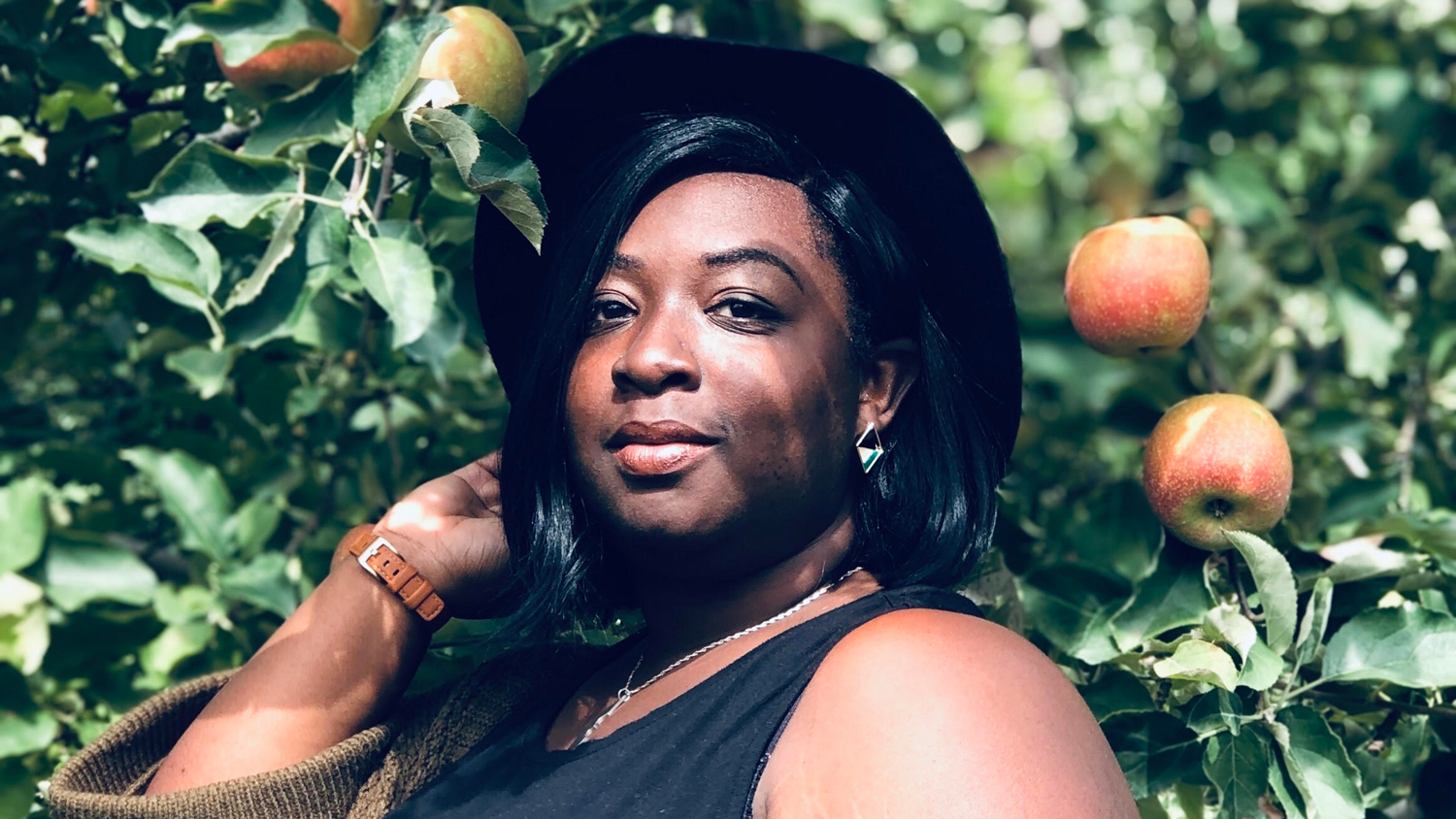 Jasmyn Byrd is a third-year M.Arch. student. Her research interests are in the geopolitical economy of urbanization, urban-rural transformations, and intersections between race and architecture. After graduating, Jasmyn aspires to pursue a focus on public interest design by designing sustainable structures for underserved and at-risk populations.

Jemima Liteli is a third year student in the Bachelor of Graphic Design program. Her passions include UX/UI design, logo design, and branding. Jemima also takes an active role in speaking out about social justice issues and uses the interpersonal skills she has learned in the program to do just that. Her goals for the future involve using her talents and influence as a woman of color to better her community. 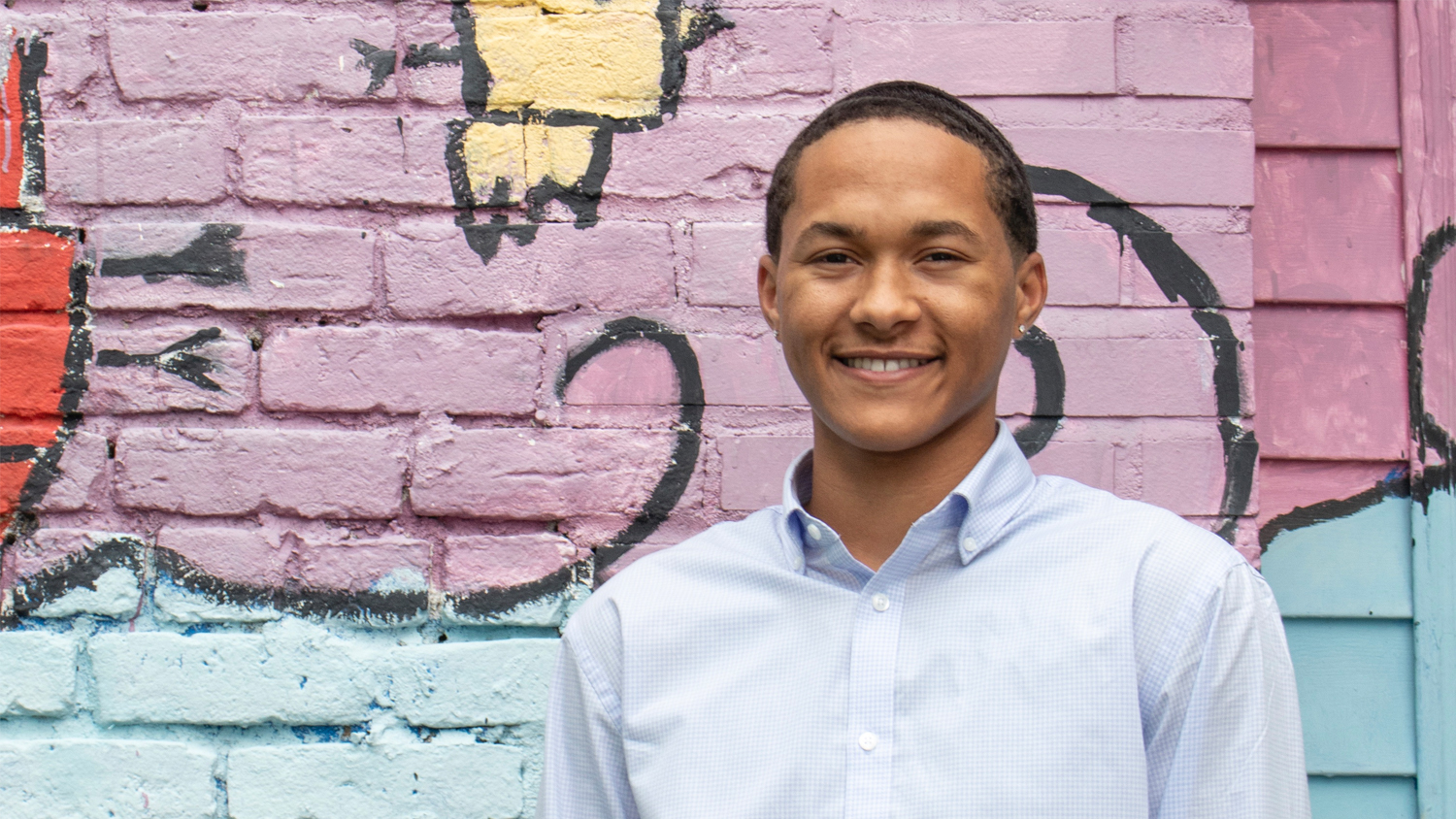 William Stanton is a second year student in the Master of Landscape Architecture program. Through his undergraduate experience in Urban and Regional Planning, he developed an interest in learning how to empower communities through design. His interest in how Counterurbanization/Urbanization affects marginalized communities drives his career goals to provide designed spaces that act as assets to underserved communities. 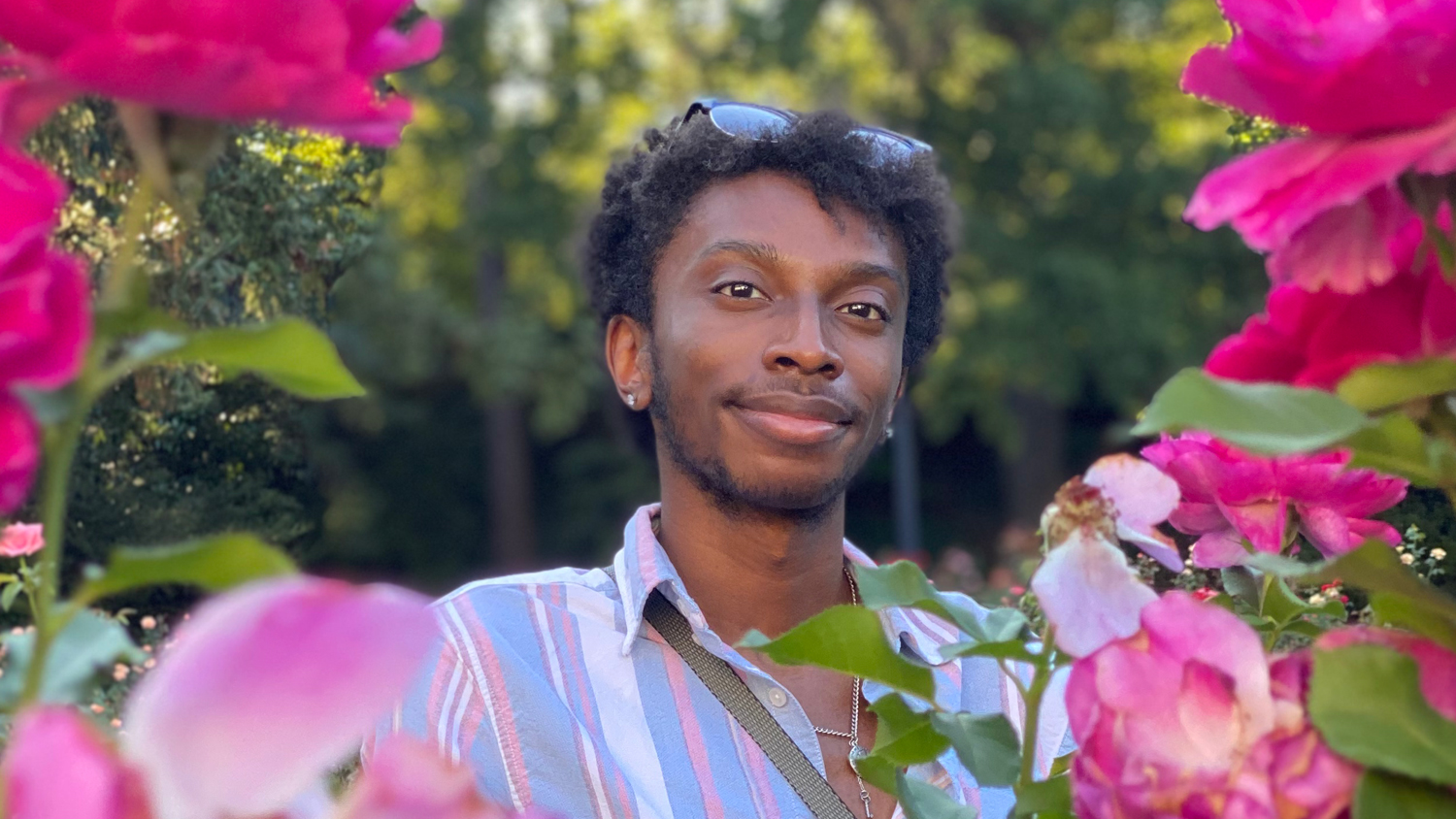 RJ Washington is a Junior in Art & Design, studying animation and interactive design. He has a passion for writing, game design and graphic design, as well as an interest in coding. RJ hopes to use these skills to become a compelling storyteller. As a young Black creative, his goal is to amplify the voices of POC and tell their stories in innovative ways.

To be a designer is to be a storyteller. We want to tell the story of design through the BIPOC lens.

Help us keep the conversation going.

This #BlackHistoryMonth, celebrate the Black …

If the shadows can’t be found, look for the …

Tim Allen was named one of Fast Company’s Most Creative People in Business for 2017. He leads the global product design team at Airbnb, centered on design and inclusivity. His focus on fueling human potential is key to building products and cultures that inspire people to do their best work. As an additional outlet for his passion around design thinking, Tim speaks and instructs at schools and events around the country.

Learn about Tim’s work at Airbnb

Tim’s work has been recognized with several of the industry’s most esteemed awards, including multiple Cannes Cyber Lions, D&AD, ANDY, Webby and OneShow awards. Named in the Creativity 50, Creativity magazine’s 2013 list of the year’s most inspiring and influential creative figures, he also played a key role on the award-winning R/GA team who created Nike+, the platform named Campaign of the Decade by AdWeek magazine, Nike Training Club, Nike’s first ever iOS App, and Nike.com.

If you are interested in becoming a mentor to a design student, please reach out to Assistant Dean of Student and Academic Services for the College of Design, Tameka Whitaker.

Make a gift to support our students today.

The College of Design relies on support from members of the design community to empower our students with critical resources, scholarships and opportunities. If you are interested in making a gift to a cause that fits your interests, please contact Associate Director of Development, Candice Murray.

Breeze is a landscape designer interested in addressing the perceptual and physical interpretations of equitable and just access to public spaces. In zir work, zie explores frameworks of resilient sociocultural equity through futurism, cultural expressions, and natural systems. Zir approach is grounded in meaningful and intentional engagement that amplifies the voices of marginalized communities through the connectivity of natural and cultural systems, the preservation of community integrity, and challenging structures of oppression in design.

Zir work includes collaborations with community stakeholders, artists, organizers, and municipalities on projects that address challenges ranging from food access disparities, gentrification, and affirming spaces for Black womxn, non-binary, and femmes. Breeze believes in the intersectionality of narratives and the role of exploring and investigating to create affirming spaces.

Breeze holds a BEDA, BArch and MLA from North Carolina State University. Zie is currently a member of Black Landscape Architecture Network (BlackLAN) and the Landscape Architecture Foundation (LAF) Board of Directors. Zie is a 2016 LAF Olmsted Scholar and the co-founder of Blackscapes, an initiative that explores the intersection of the Black experience in the built environment.

Learn more about her at See Word Design

Reneé has been teaching typography, exhibition design, graphic design in the Communication Design program for the last fourteen years. Her students have won countless awards from Graphics, Graphic Design USA, and Creative Communication Awards Design competitions over the years.

Her research focuses on developing digital and physical tools that seek to address our society’s literacy problem. Currently, she has a company that sells her reading tool called See Words Reading®. Renee came up with See Words because a friend’s child who attributed his reading struggle to the letters’ layout on a page. Reneé, as a designer, felt that she could help with the problem. Renee is a Cincy Innovates winner and has been acknowledged as a Rising Tech star by ComSpark, awarded by the Business Courier Best Software of the Year, and the University of Cincinnati Emerging Entrepreneur of the Year. Recently, a font her team has designed called SeeType just won an STA award, and she has given a TEDx talk on Eradication Literacy Through the Power of a Font. Additionally, she is working in a collaborative research team awarded a grant from the National Institute of Deafness and Other Communication Disorders to develop a tool to help correct speech problems in children.

Renee has also been named a winner in the Graphic Design USA Design competition for the poster she developed for the AIGA to promote voting.

Read about the designer and his collection

Born in Lincolnton, NC, Charles developed an early interest in fashion while observing the transformative impact that clothing had on his mother’s persona. Charles studied fine arts, painting, and textiles at North Carolina State University’s College of Design, where his curriculum was based largely on the modernist movement—an aesthetic code he continues to employ. Following graduation, Charles spent a year abroad studying Central Asian textiles. His next move brought him to New York, where he enrolled in the fashion program at Parsons School of Design.

Charles began his professional career as a textile designer before moving on to womenswear at Michael Kors. He continued with stints at Luca Luca and Billy Reid, producing both womenswear and accessories. Charles launched his collection, HARBISON, in NYC in 2013, with womenswear, menswear, and accessories exploring the designer’s central themes: ease, modernity, art, and gender.

Co-founder of EVOKE Studio Architecture, Edwin Harris believes that remarkable architecture enhances the lives of its occupants. For over a decade, he has consistently generated exciting designs that are decisive, focused, and rooted in clear objectives and novel concepts. Edwin’s distinctive design talent has been recognized throughout his career. His design aptitude and competitive spirit have gained him winning recognition in several competitions including the National Center for Civil and Human Rights. These striking achievements complement the 26 design awards that Edwin’s projects have achieved. He was invited to serve as design award juror for AIA Detroit & AIA South Carolina. While at The Freelon Group and Perkins+Will, his visioning for projects like Emancipation Park garnered him recognition as an Emerging Designer for the global firm. Renowned architect and Edwin’s mentor, Phil Freelon, declared Edwin a supremely talented architect on the rise.

Edwin is a role model for aspiring designers and encourages them through career lectures and design dialogues. In 2020, Edwin was named to the Triangle Business Journal 40 under 40 for his professional achievements and community service initiatives. He also serves as a board member for non-profit, Diversify Architecture, which aims to reach grade school students to increase the diversity within the architecture profession. Edwin has lectured for the RTP 180 Lecture Series. He regularly mentors elementary, middle, and high school students at numerous schools throughout the Raleigh-Durham area. Edwin has also nurtured collegiate talent nationally as an invited juror at the National Organization of Minority Architects Conference and invited guest critic at both Lawrence Technical University and UNC Charlotte. Currently, he teaches and empowers the next generation of architects and designers as a Professor of Practice at North Carolina State University.