Tim Allen was named one of Fast Company’s Most Creative People in Business for 2017. He leads the global product design team at Airbnb, centered on design and inclusivity. His focus on fueling human potential is key to building products and cultures that inspire people to do their best work.

“The people who have experienced the most amount of exclusion are the most equipped to embrace empowering people and efforts that encourage inclusion,” says Tim Allen, reflecting on his own experiences as a member of a marginalized group of people in design.

Now, as the leader of the global product design team at Airbnb, Tim is focused on what it means to design for everyone. In his role, he’s tasked with empowering his team of creatives to produce effective and meaningful work.

Tim describes his journey into design as a “reverse of an onion peel” – starting out by airbrushing and painting in high school. By the time he was a sophomore, he had his own small business working on boats, cars and signage for local businesses.

Unaware of the existence of design schools at that time, Tim sought out a future as a businessman rather than a designer.

“I didn’t know what a portfolio was. To me, that book full of work that I had was just a part of my business,” adds Tim. “After hearing about the College of Design, that book became my portfolio. NC State was the only school I applied to.”

According to Tim, developing a sense of awareness plays an integral role in his love for digital product design and UX. During his time at the college, a curriculum focused on interactive design did not yet exist – leaving Tim to build his own realm of study combining psychology, industrial design and art.

Tim credits faculty members such as Pat FitzGerald and Chandra Cox with making social responsibility in design a priority for himself as well as other students.

Thinking about the next generation of Black designers, Tim feels that finding a place that aligns with your values is critical and encourages students to take culture seriously when looking for a welcoming community.

“Your unique view of the world is sorely needed in an extremely homogenous industry. It’s not going to be easy to develop your voice, but it’s worth it,” says Tim.

“There are numerous companies, brands and agencies that are craving new approaches and new ideas. Your contributions, your impact, can be great.” 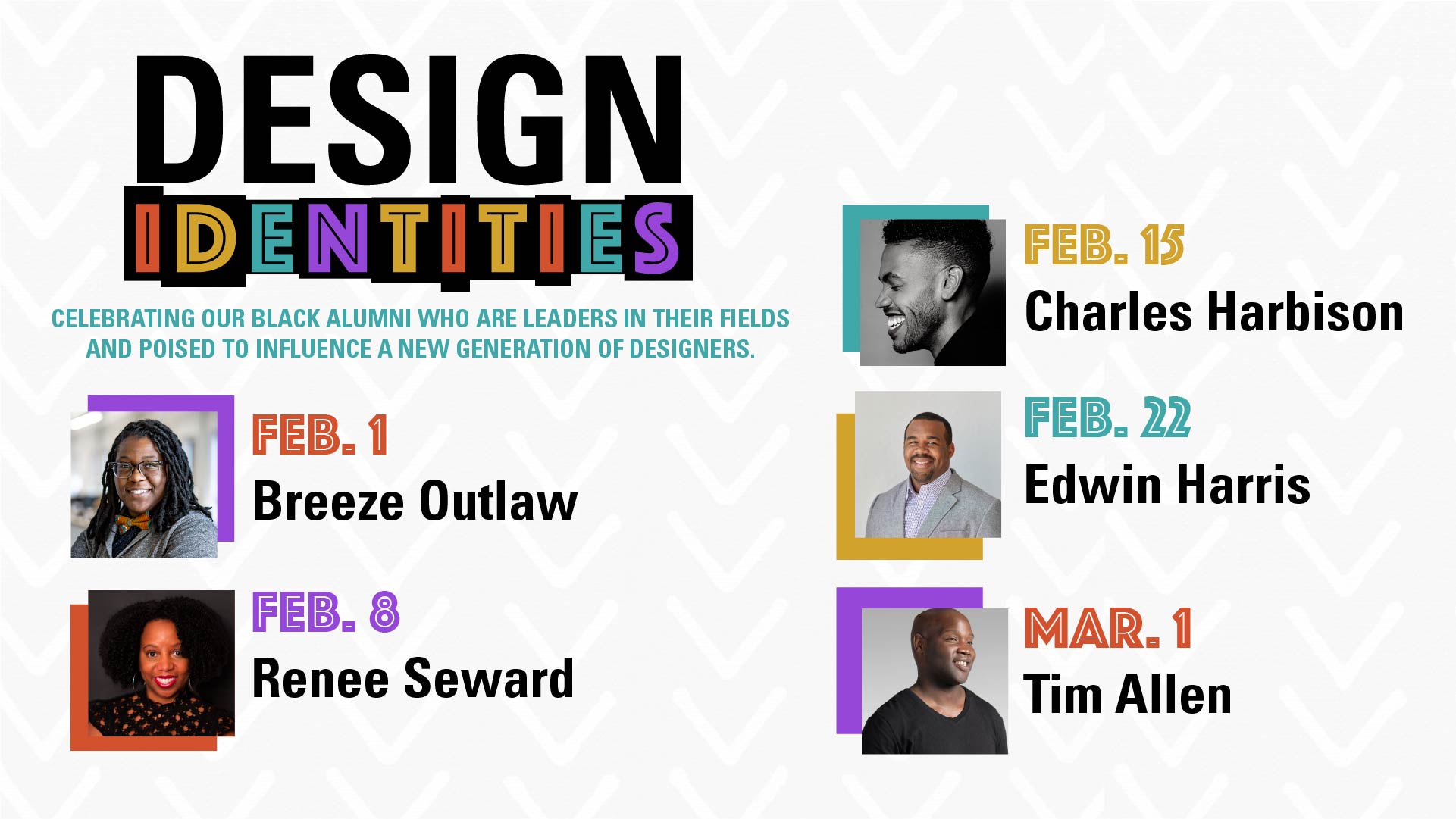