What might a future high school football stadium look like? That was the design competition for Project Precast 2020. Just in its second year, the competition brought college and university students together with industry mentors for three days in Fort Worth, TX, the site of PCI’s annual Precast Show.

“The students had no idea what their project was, nor had they ever met the industry mentors or other members of their teams before they arrived in Texas,” said Marty McIntyre, Chicago-based executive director of the PCI Foundation and host of the competition.

The night the students arrived they were given an abbreviated version of the design challenge. In keeping with the locale, the challenge was to design a Texas high school football stadium for the modern era, using precast concrete, with a prize of $3,000.

The teams were given just 30 hours to research, collaborate, complete a one-page summary, prepare a PowerPoint presentation and present their final design to an audience of more than 100 who packed the meeting room at the PCI Convention in Fort Worth on March 6th.

The competition required the 5 student teams, made up of 1 architect, 1 engineer and 1 construction management student each to design a high school football stadium in less than 40 hours. They had a team of mentors from the five sponsor companies to act as guides. 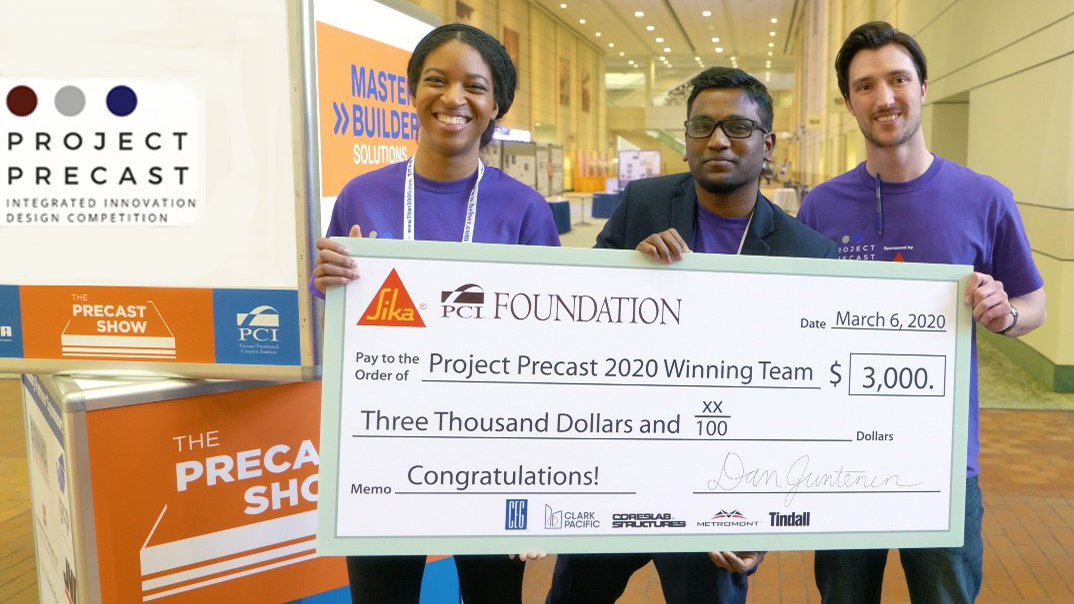 “We didn’t have a theme for the design, but we started evolving it slowly: said Sarveswaran Subambedu Ponneeswaran. “We also all came from different disciplines, so we had some heated discussions, but they really helped refine our designs. I wanted to focus on including the neighborhood into the design, since I’ve taken public interest design [at NC State], and wanted to make this about not just the stadium but also include the neighborhood it’s in.”

So Sarveswaran and his team came up with a design that used the precast panels in such a way that they not only helped keep the sound contained in the stadium, but they also acted as a nice overhang on the outside. This allowed the space to become a flexible-use space for the neighborhood, a place for someone to have a farmer’s market, for example. 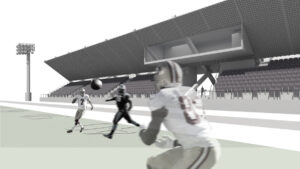 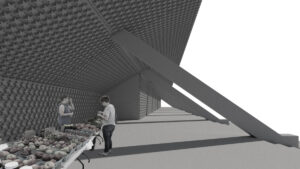 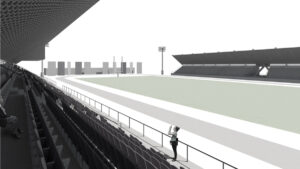 The challenge was particularly difficult for Sarveswaran. “I’m from India, and I didn’t know what a football stadium was” he said. “I had to quickly learn about what it was by watching videos on YouTube. And I found a video that was the top ten poorly designed stadiums on YouTube, so that helped a lot.”

“The 16 students chosen are examples of highly intelligent, competitive, team-oriented and enjoyable leaders of tomorrow,” explained McIntyre. They made up 5 teams with one alternate. Each team was composed of three students: one from architecture, another majoring in engineering and a third studying construction management.