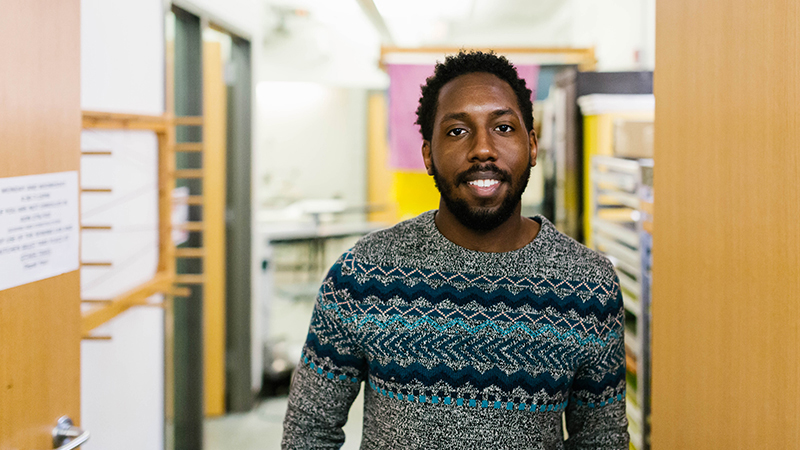 Art + Design graduate student Darren Woodland is pushing his creative skills into new territory as he works to bring light to the social issue of Native American land rights. Woodland is collaborating with Hannah Bauer, a research student at The University of South Carolina, to create an installation piece that explores the historical, cultural, and social implications of the shrinkings lands of the Catawba tribe in South Carolina.

“When you take land away and force people to move, it causes people to die. If you think about deforestation and endangered species, it is a very similar concept, except it’s with people…” —Darren Woodland

By projecting images and animations onto a sculpture of a human figure that he is creating, Woodland hopes to demonstrate the way Native American land removal is a form of genocide. “When you take land away and force people to move, it causes people to die. If you think about deforestation and endangered species, it is a very similar concept, except it’s with people… In a very literal sense, removing land is removing people, which is a form of genocide, but it’s also removing people from their roots, their culture, which causes an erasure throughout time of their practices and everything they took up in that actual physical space or geography,” says Woodland.

To demonstrate the effects of land removal, Woodland has created a sculpture of a Native American woman. “We decided to build a female sculpture because the matriarchal family structure is a prevalent aspect of the Catawba culture. We also thought it was important to give accounts of historical events through a woman’s perspective, particularly with land rights issues, as they have a big impact on families and cultural history,” Woodland says. Bauer is working on constructing a timeline of the major events in the Catawba history, and Woodland is designing an app that will allow users to scrub through the timeline, causing projection changes on the sculpture. As lands are removed from the tribe, body parts will be darkened on the sculpture. 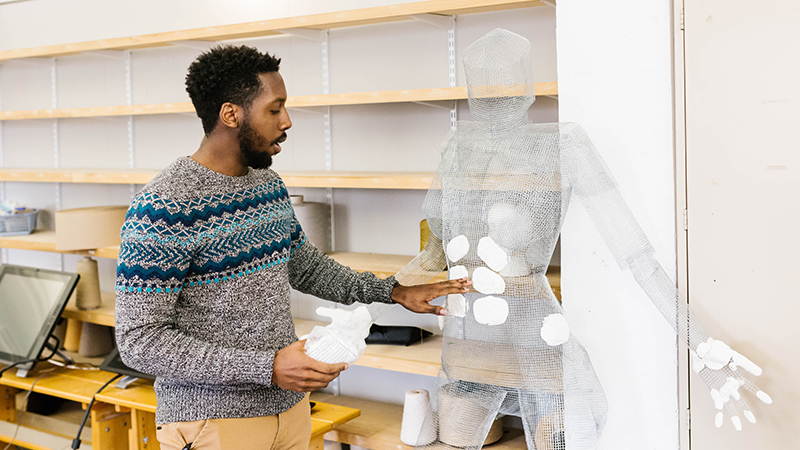 The project, which Woodland and Bauer have given the working title of “Projection on Lands, Peoples, and Trauma,” is a learning opportunity and stepping stone for Woodland’s thesis, which will be focused on a different topic but use many of the skills he develops this semester. Before starting the project, Woodland had no experience with projection mapping and had never made a sculpture before. “At this point, I’m learning a lot of new things and trying to grapple with new technology… later on, I will get back into animation and I’ll actually be able to draw on some of the stuff that I already know,” he says.

Ultimately, Woodland and Bauer hope the project will be a conversation starter, and ideally, the project would be installed in a museum. Woodland says that he would like for people “to come and interact with [the project] and learn about the Catawba tribe and about Native American land rights and the larger issue.”