The Context of Design 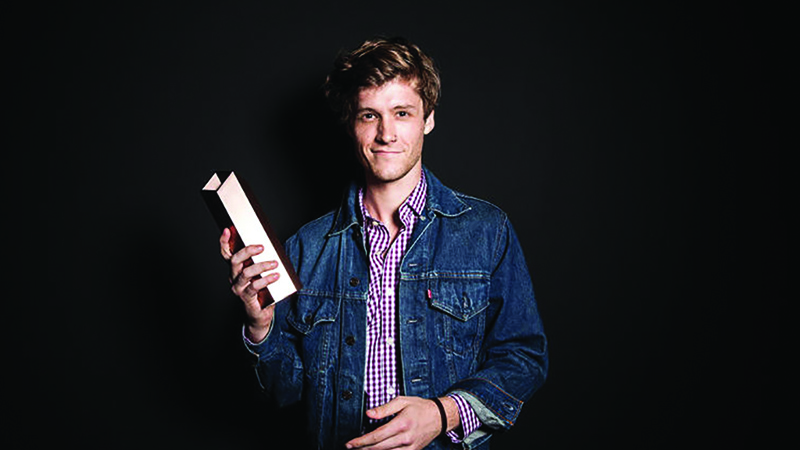 Eric Flood initially intended to study economics at NC State University, but realized it wasn’t what he wanted to do. “At the time, design was becoming a big player. I was always interested in design but not focused, so I applied. I knew that graphic design was a great area of study – it was applicable to so many areas,” he said.

Flood’s decision to switch to graphic design turned out to be a great choice. “I think the place (College of Design) functions like a family. This idea of collaboration and sharing – I remember this being impressed upon us from orientation. This was influential on me. I think that more of the philosophical classes were beneficial such as design thinking. That kind of helped me think about how I can employ design and why design is so important.”

To add to Flood’s positive experience as an undergraduate student at NC State, he connected with several professors. One of those professors was past Associate Professor of Graphic Design and Industrial Design, Santiago Piedrafita. “He was a huge influence – I think he knew what was going on in the world and what other schools were doing right or wrong. He implemented good things here. He pushed people to think about certain methods and he shared so many ideas and ways to make things better,” Flood said.

Flood’s time at NC State greatly shaped who he is today. He didn’t have a set career path as many students do when they enter college.

“The design college started an interdisciplinary program called Social Innovation and it partnered with the Institute of Emerging Issues (IEI). This allowed us to look at problems ourselves without having to be given them. I looked at information being available to rural communities and I realized design could be influential in policy changes – a community impact.”

Community outreach soon became one of Flood’s central passions. “I was interested in context of design and how people use communications. We did this ethnographic research and framed how we addressed problems. It was a real world issue – the goal of making something function.” Flood gained the opportunity to simplify design so that it addresses a broader audience with unique needs.

“In this course, partnered with IEI, they had subgroups that were looking at different areas. They were looking at how design could build a toolkit of how to fix problems across rural North Carolina,” Flood said.

“85 percent of North Carolina is rural and a lot of people don’t have access to what we have in urban areas – food, news on a federal or global level, radio, TV, and Internet. Infrastructure lags in schools and it doesn’t get addressed in these areas until after it’s been solved in the rural areas. I think everyone should have the same amount of access to things that are important,” Flood said.

After graduating from NC State, Flood worked for IDEO Incorporated, a design and innovation consulting firm in Munich, Germany for almost a year. “When I left, I realized that I had an interest of how design influenced business. I wanted to develop the involvement of the Germany start-up scene. What are the needs of startups? What could we offer? Business was in my blood.”

Flood later returned to NC State for his master’s in Business Administration. “I got offered a pretty nice fellowship as a Blackstone Fellow before I left for Germany. They (NC State) were ok with me going to Germany and coming back. I love that NC State has this important influence of collaboration of different disciplines. At the time, NC State was forming a partnership with HQ Raleigh – we were providing advice workshops to entrepreneurs and offering students to assist in new startups to provide advice and ideas.”

“Right before I left Germany, I worked on a great project. I worked on NEST – a smart home device which was a competitor to tado°. They took this idea and modified it for homes in Germany and they wanted to expand. I helped them do this and we looked at funding options, had a successful Kickstarter campaign, made a new product, raised a decent amount of money, and gained experience from an idea to launch. I worked with a team that was risk adverse and skeptical at what we were suggesting – but followed us anyway.”

During his two years as an MBA student, Flood gained a wealth of experience. His central focus was with innovation management. “It’s like design thinking applied to business strategy. I worked with Blackstone, a VC (venture capital) firm. They’re a nonprofit that partners with universities. We looked at startups and tried to offer suggestions to benefit their launch such as helping them figure out how to brand and communicate. At other times it was business aid. Working there was like taking on mini internships – we would partner with these entrepreneurs for two to three months and then move on. We’d also work with students from UNC and Duke.” Flood is a creative and logical thinker who applies his design background to business methodologies in hopes of developing useful products that creates added value to people’s lives. 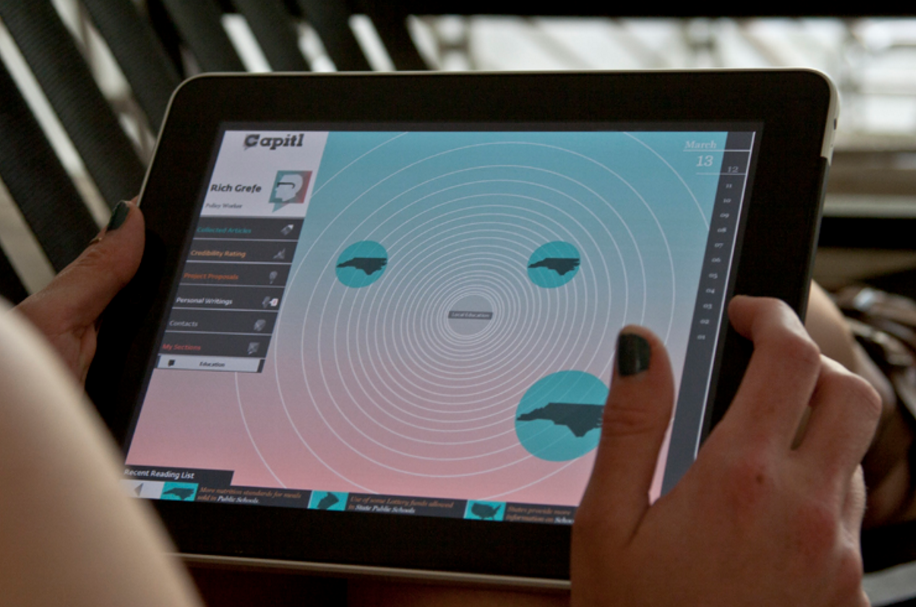 Flood’s talents in design earned him a notable accolade: he was a finalist for the 2013 Fast Co Innovation by Design Award for his capstone project, Capitl. Capitl is an interactive design tool for aggregating, understanding, and interacting with objective and highly credible political journalistic releases. Capitl’s purpose is to inform the public as well as get users involved in changing how their government works and is understood.

Flood is now working as an Innovation Advisor with RTI International, a nonprofit institute. “We may partner with large corporations and companies on ideas to expand their product base – as simple as new types of faucets that reduce leaking. We may partner with other nonprofits to provide ideas of new technologies that may help a new economy. I look at products differently than an engineer—toward a business need.”

“I like it a lot and feel this is a great opportunity to change what happens—almost to expand the kind of thinking that is currently going on. I like the people I work with. They have a lot of experiences that I don’t have and I learn a lot everyday from someone. There are a lot of social issue topics to talk about. It may not be our project, but we get to discuss it. Sometimes we get a free lunch out of the units and we get to participate in their topics or projects.”

What’s next for Eric Flood?

In his spare time, he works with a family startup, Folding Boat Company. “My dad makes these kayaks that fold up into back packs for quick storage. They’re made with inflatable tubing that keeps sturdy with bulletproof fabric. I’m trying to help him grow.” Flood’s drive for business continues not only in his professional life but his personal life as well. 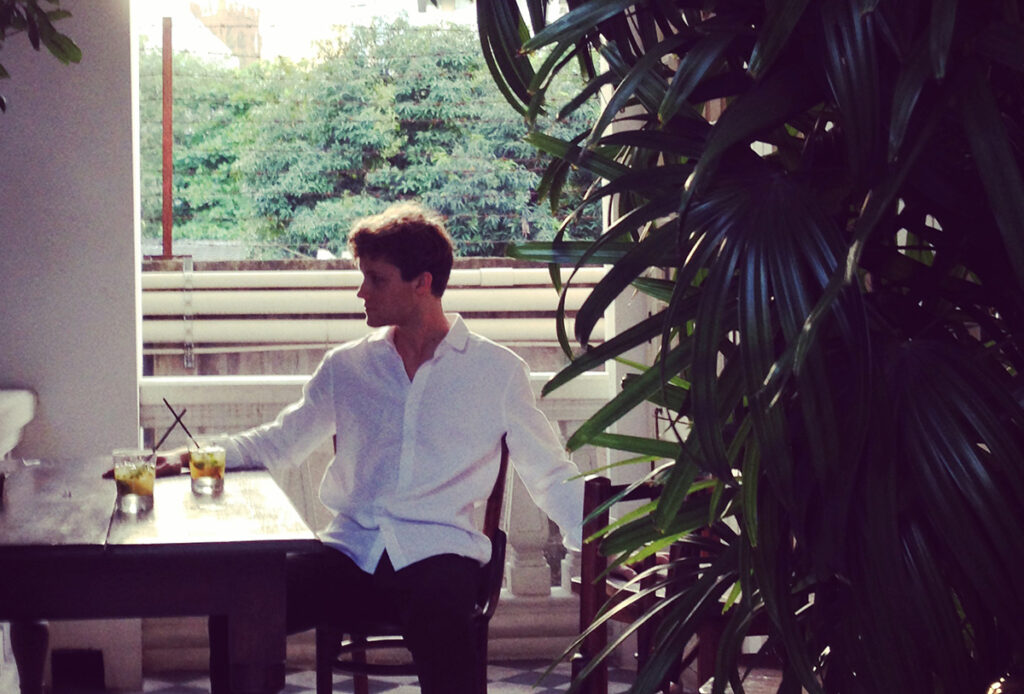 “There’s this really cool program—Presidential Innovation Fellowship in Washington, D.C. I’m looking at this and I also recommend that design students consider this fellowship. It takes students with design and maybe a business experience and background. You will work with think tanks and make a big difference.”

“I’m always trying to start my own thing, whether it’s an app or small business. I’d like to start an innovation think tank in the Raleigh area,” Flood said.

Article written by Caretta Davis, currently pursuing a B.A. in English with a concentration in Language, Writing, and Rhetoric