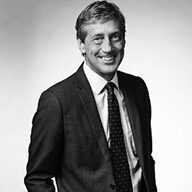 Scott Cutler is a Vice President of Brasfield & Gorrie, the largest General Contractor in the southeastern United States. Scott has been a construction executive and leader for more than 30 years. He is a graduate of Wake Forest University and was an officer in the United States Army. In addition to his professional responsibilities, he has been a community and industry leader and activist. As a City of Raleigh Planning Commissioner, he initiated and helped lead Raleigh’s Livable Streets downtown plan. More than a decade later, he returned to chair the Citizens’ Committee leading Raleigh’s current downtown plan. He led the Convention and Performing Arts Center Commission during the design and construction of the Duke Energy Performing Arts Center. He has been a champion of minority businesses in the construction industry, serving on the HUB steering committees at NCSU and UNC, and on the State’s Minority Capital Projects Advisory Committee. He chaired the Southeast Raleigh Assembly and was the founding Co-Chair of the Raleigh/Wake County 10-year Plan to End Homelessness.

Scott is currently the Chair of Raleigh’s Development Services Advisory Committee, and recently served as Chair of the Carolinas AGC’s Building Division, and served three years as the Honorary Consul of Canada in North Carolina. He has supported the College of Design for many years and has been a guest instructor in Professional Practices. Scott is the proud father of two grown sons, Scott Richard Cutler and Brett Paul Cutler.