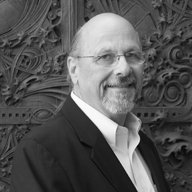 George is a past President of the NC State Design Leaders Council. He is President and Director of Design at Stewart. As Director of Design, he is responsible for the marketing and development of significant and unique projects in the areas of higher education, healthcare, mixed use, corporate, commercial and park design. In doing so, George utilizes the diverse resources and talents of the firm and is responsible for setting the design direction and process for high profile projects and implementing those projects to meet the goals and objectives of our clients. George has built his nearly 40 year reputation on the design and implementation of complex projects for public, private, university, and healthcare clients and has worked in across the United States and in over 15 different countries.

George’s projects have earned more than 50 national, regional and local awards design awards including from various ASLA Chapters, NCASLA, AIA Charlotte and The National Landscape Association. These have included two awards given by First Lady Hillary Clinton at the White House.

In addition, George has earned the reputation for developing consensus between city and county appointed and elected officials, developers and stakeholders, resulting in successful entitlements for complex and high-visibility projects.

George is licensed in 7 states and Nationally Certified by the Council For Landscape Architectural Registration Boards and elevated to the Council of Fellows of ASLA in 2018. He is a certified Expert Witness by the NC Superior Court and is deeply involved in the Urban Land Institute at the nation, Regional and local levels including the national Urban Development Mixed Use and regional Rethinking Southern Cities Councils.

George was previously a long time Principal with EDSA, an international design firm based in Fort Lauderdale Fla. and was co-founder of HadenStanziale from 1995 until merging with Stewart in 2012.

George is a 1976 Graduate of Louisiana State University, is based in Stewart’s Corporate office in Raleigh, NC and oversees the firm’s Durham NC office.