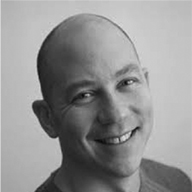 Aly is a design innovator focused on social impact and sustainability. His training as both a designer and mechanical engineer, coupled with deep international manufacturing experience, has enabled him and his team at Designbox to launch products for some of the most recognized consumer brands. His collaborations have garnered 23 patents, been nominated for a Grammy Award and exhibited in the Louvre. He is the third-ever North Carolinian to be awarded an AIGA fellowship.

Aly has extensive experience in working with clients on various sustainable design initiatives, including landmark work with William McDonough and the C&A Foundation on Cradle to Cradle certified garments for the Fashion For Good program based in Amsterdam. He has recently been working extensively in ocean plastics throughout Southeast Asia. His work has focused on growing a verifiable supply chain – from harvesting plastic waste in our oceans to turning them into useful products for the circular economy. Aly has recently relocated to Australia to be Expert in Residence for social impact and advanced manufacturing at iAccelerate, located at the Innovation Campus of the University of Wollongong.

Khalifa cofounded the Gamila brand to pave the way for single-serve gourmet beverages that avoid paper taste and paper waste. The recent launch of the Impress Brewer garnered significant success with Kickstarter and baristas worldwide. The Gamila brand was acquired by Seventh Generation in July 2014.

As an Eisenhower Fellow for 2012, Khalifa has met with top leaders in Thailand, Indonesia, Singapore, and the Philippines to explore the connection between creativity, innovation, design, and manufacturing and the impacts of those efforts on SME development and global partnerships.

Motivation to serve on Leaders Council:

A chance to reconnect and give back to my community.

Design as a force for good.